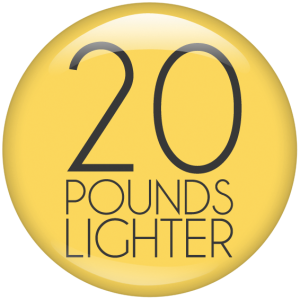 Okay, this is just amazing to me.  I haven’t been able to lose more than a total of seven pounds in about four years.  I get gung ho the first week and then start to lose all motivation because I get caught back up in the fact that I love to eat.
When I was losing weight before, I don’t even think it was because I was dieting, but because I was running and burning calories.
I have lost this current weight without even working out!!!  Other than choreography for the play, which is nothing compared to my two mile runs every day that I used to do.  I can’t even believe it.
Literally.  There is a part of me that wonders if the scale needs new batteries or that I need new glasses, but the proof is in the pudding.  My jeans are literally falling off me.  I had to wear a belt for the first time in forever this week. I look in the mirror and see my double chin going away and my cheekbones emerging.  I’m having to tighten my bra rather than wear an extender.

It’s all pretty exciting to say the least.  When I first started this blog I stated that I wanted to lose 20 pounds before we take our trip to Vegas in May.  Well, I did it!  I can’t even believe it.  20.8 to be exact as of yesterdays weigh in. So I have achieved my first mini goal!!!  It’s so boggling my mind that I am where I am already.  I mean, I know it’s been almost three months, but it really doesn’t seem that long to me.  And I really don’t feel like I’m depriving myself much of anything.  I mean, I guess it did in the beginning, and I do remember being much more hungry at first, so I guess it is really true that you just need to give yourself enough time to make or break a habit.  I don’t even really think about it anymore, I just eat what I know is going to be good to my body and that’s it.  Keep my portions small on the bad stuff and fill up on the good stuff.  It sounds so stupidly simple when you put it like that, but it’s true.
My broken big toe is finally starting to heal much better now that I’m not dancing on it three days a week, so I’m hoping to actually start getting some exercise in soon.  Nothing more than walking and some Walking Off The Pounds DVD’s but it will at least get me moving and getting my heart rate up. 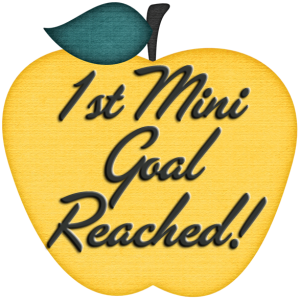 Not much else to report on the weight loss front, I think that is a lot actually.  I guess I should set a new mini goal.  I have the whole wedding ring thing but I think that’s going to take another month or so.
I guess I’ll go with getting back into a comfortable size 20…though I think I gave them all away when I gave up on ever losing weight, but I can be convinced to go shopping I suppose.  😉

Posted in Goals, Progress, Weigh In